Eminent domain law can be a complex and multi-layered animal, and this story is to forgive the pun, case-in-point. There are a few critical lessons that property owners who face eminent domain can learn. It was not our case, but the story is worth telling.

The Atlanta Beltline project, run by Atlanta Beltline, Inc. (ABI), is the initiative to build walking trails through the metro area. There are many projects like it across Georgia and the country. ABI has earned a reputation for its aggressiveness. From taking property to defending any perceived intrusion on its trademarks, it’s not been shy about litigating.

Thus, it was not surprising to find it in the news, but in this case, there’s much more than meets the eye.

The trails and paths created by the Atlanta Beltline project have proven popular with the general public, even including homeowners affected by it in this case. That may be because of the enjoyment, or perhaps the degree the program has driven property values up.

However, most property owners expect compensation for the land taken to make the project work. That’s not surprising or a problem – eminent domain is a constitutional right of the government and guarantees property owners “fair compensation.” That’s where this story diverges.

It’s important to note that we’re not criticizing the ABI in any way. It’s not even a defendant in the lawsuit in question. Its aggression, however, may have played a role in property owner response. We’re more interested in the law, how property owners found relief, and what we can learn from the case.

Here are the key takeaways.

#1 – Easements Are Never Ever as Simple as Anyone Thinks

There are two basic types of easements: temporary and permanent. For the vast majority of eminent domain cases, this is true. However, just like the law is ever-changing, so too can easements.

So, even “permanent” things may not be, and things that are “temporary” may effectively last forever.

For example, a temporary construction easement may last for decades depending on project complexity, the ability of the government to pay for it, and so on. Or, a property owner may not object to someone using their land in a certain way. Over time, the user can gain a prescriptive easement – the right to use the land that way in perpetuity.

A permanent easement effectively lasts forever, but it can be abandoned as in this case. And what about multiple easements? For instance, what if the state puts a utility easement over the top of another easement. Or ABI puts an easement over the existing rail easement? Is the value and usability of the land further impacted? We would argue yes.

And, as in this case, there may even be the question of whether an easement exists.

Easement or Ownership: the Search for Who, What, and When

In 1869, the railroad acquired or was granted rights to the land in question. Whatever its interest, it had the right to use the land for its purposes. Over the years, homeowners began using some of the land near the railroad for their purposes. They built fences, sheds, treehouses, and recreational areas.

But, according to the case, Norfolk Southern abandoned its easement, which returned the land to the property owners. Now, the railroad still owns land here – just not all of it.

Then came ABI. As part of the federal Rails to Trails Act, the authority seized the property for trail development according to the act, understanding that the railroad owned all of the property being taken. As it was railroad land and subject to federal law, the Beltline was not obligated to pay homeowners for the land. It even demanded that those homeowners remove improvements to the property seized at their own expense.

Trail by Trial – How Trail Easements Can Affect Properties

The enlargement of an easement, or a different use by a different actor, can require the condemnor to pay just compensation. In the case of a trail, the property owners lose the right to exclude others from their property – potentially hundreds of people each day. In other cases, the property is cut off by the path, limiting the use and enjoyment. The landowners should have been paid land values for the easement and any impact on the remaining property.

It may surprise many to learn that ABI never had to pay property owners for the land it seized and was not a defendant in the case. This is another illustration of the complex layers of ownership rights, deed records, and overlapping federal and state laws that can make it impossible for property owners to navigate a case on their own.

In 2017, the Fulton County Superior Court ruled that the railway acquired title to the land, not an easement on it. ABI seized the land under federal law, using federal – not state – authority. The Court of Federal Claims saw it differently, and in February 2022, ruled that the railroad had an easement.

Federal preemption appears to take over here. The federal Rails to Trails Act allows states to take over unused and abandoned rail lines, so ultimately the state cannot be sued under the exercise of a federal law. The federal court’s ruling meant that the homeowners had the right to the land and should receive compensation, but said compensation comes from the condemning authority, which was ultimately granted by the federal law. The federal government would have to pay, not ABI.

It was a long, hard-fought happy ending for more than thirty homeowners.

This is a rare case in that property owners were not even offered compensation, as the condemning authority did not believe the homeowners owned the land. It felt unfair, and they rightly fought for what they thought they deserved.

In the vast majority of eminent domain cases, property owners will receive an offer of compensation for the land being taken.

We call that an “initial” offer. That’s exactly what it is. Don’t be fooled into believing you’re obligated to accept it or that it’s a take-it-or-leave-it situation. The law says you are owed fair compensation, but it does not say that the amount you’re offered is fair. The government wants the land for as little as possible.

However, this is not a typical real estate transaction. Don’t think for a moment that negotiating with the government is the same as another buyer. It’s not, and the methods you might use for a private buyer could be disastrous to your quest for more.

Not every eminent domain case is as complex as the Atlanta Beltline case, but how do you know yours isn’t? Take no chances. Call an attorney as soon as you know they’re coming for your land. Let us sort it out. 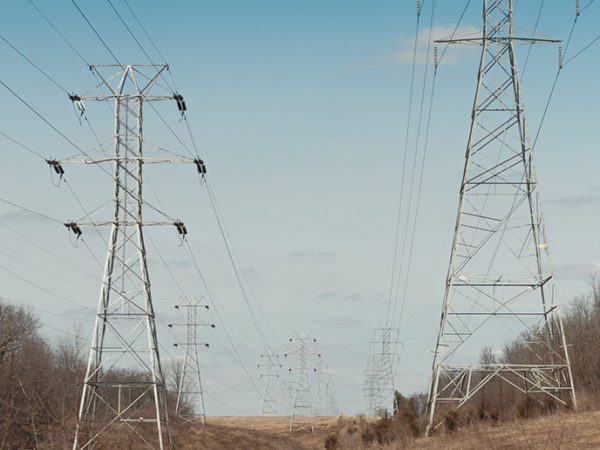 Can a Property Owner Block an Easement?

There are two ways you can interpret the question above. First, can you, as...